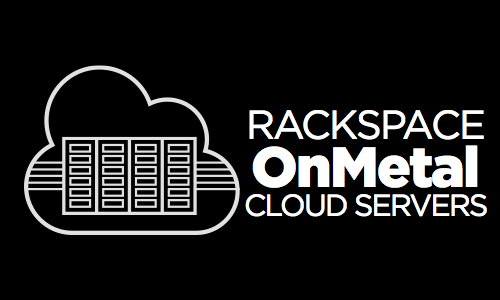 My secret project has been announced: Rackspace OnMetal Cloud Servers.

OnMetal is bare metal servers via the OpenStack Nova API. These servers contain no hypervisor or other abstraction when your operating is running on them — they are bare metal, and available over an API. They have utility billing and other attributes of cloud servers, but are single tenant up to the top of rack switch. The underlying product is built on top of OpenStack Ironic and Open Compute Servers.

I have spent the last decade building software deployed into combinations of colocation and cloud infrastructures. They all sucked in their own special ways. This product is about taking the dynamic advantages of cloud and combining it with the performance and economics of colocation.

I want to learn more!

What are the OnMetal instance specifications?

Each instance is specialized for a specific task:

While I am a believer in the eventual winning of Mesos-like scheduling systems, the reality of today is that developers want extreme mixes of server profiles. OnMetal provides this with an IO instance with 3.2TB of Flash Storage, a Memory instance with 512GB of RAM, and an economical compute instance with 10 fast cores and lots of network.

Additionally each instance has dual 10 gigabit network connections in a high availability MLAG.

When can I get it?

OnMetal is currently in an “early access” program. General Availability is expected by the end of July 2014.

The instances are just another flavor type in the Rackspace Public Cloud API — you just pass in onmetal-io-v1 instead of performance2-120 as the flavor type, and it shows up, just like a virtualized cloud server would.

How much do these instances cost?

We are not releasing pricing yet. Soon™.